Day 9: Family Caregivers are Unsung Heroes, Let Me Tell You About Mine


Today's call for writing asks us to post tips for caregivers. I don't really have much in this area. It is a one-day-at-a-time kind of life when one or both people in a couple are dealing with chronic illness and disabilities. 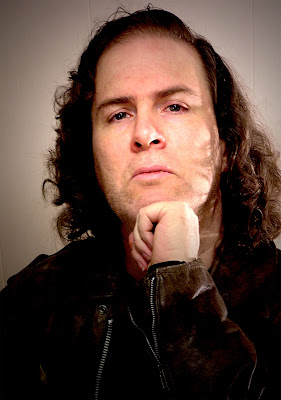 Instead of tips, today I want to pay tribute to people who do this and do it willingly, lovingly and with great stress and difficulty. Many times, being devoted to someone else's health is detrimental to one's own health.

In March 1997, I got sick and didn't get well. What seemed at first to be a bad stomach virus, turned into months of my being bed-ridden, weak and catching every infection from any kind of bug I ran across (fungal, bacterial, viral). In a word, I was "dependent."

I won't go into all the details of what happened that year, but I do know it was the beginning of an odyssey that has so far lasted 16 years with no end in sight. My husband, Carl Wilkerson, and I had only been married 5 years when all this began. He is 8 years younger than me, so he was only 31 years old.

People often will ask me or him or both of us what he "does" for a living. They cannot know how insensitive and painful that question is. He does a lot of things. He did a lot of things. Many of these things are unpaid and yet, as I have just got hired for the Fall in a full-time teaching position, I will say right here and right now that my Master's degree, my PhD, the research work I've done, the teaching work I've done and this new job would not have been possible without the loving care and support that Carl has given me.

He has sacrificed a lot to make me functional and successful in my endeavors. While my mind knows that fibromyalgia is way more complicated than this, I sometimes feel tremendous guilt that he became sick in 2008. As a medical sociologist, I know the research that shows that caring for a family member is detrimental to the health of the caregiver. I often wonder if his life would not have been better without a disabled wife. But because of his heroic choices, neither he nor I will ever know.

I think it is toughest on male caregivers because so much of the work they do is considered "women's work." Men who clean and cook and tip-toe around the house and put their own career goals in second place are often viewed as "weak" or "slackers" by the rest of the world, who want to see a resume to measure a man's worth.

I remember an essay in a book called Dropped Threads that basically stated that if women wanted men to share more of the domestic tasks in family life, they needed to stop considering men who do these things as "not good enough." Carl is a hero and I have little tolerance for those who might suggest he is anything less than that. We've been together 22 years all told (married 21 years in October) and I consider myself to be one of the most fortunate of people because my partner in life has proven his love to me beyond a doubt and has kept his integrity and dignity while doing so. 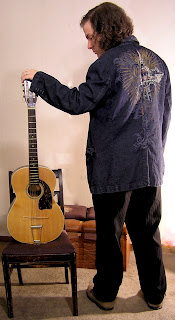 So here's the only advice I have to offer, not to the caregivers of the world, but to those who think they know someone they just met because they have neat little categories to put people into: Don't assume you know what you think you know. People do so much more than for which this world gives them credit. They are not going to shout this to the world or answer inane questions like "what do you do?" with a full description of life with a chronically ill spouse.

In fact, don't ask the question at all. It is a stupid question. People "do" lots of things. We are not our jobs. We are not our titles. We are warmth, loving, generous, heroic and persistent people who take things one day at a time until they add up to a lifetime.

So let me say, publicly and loudly, thank you, Carl Wilkerson. You are my hero and I will use all my power to not let you be "unsung." That you have been a creative producer and accomplished so much in the past 17 years in spite of my illness, my disabilities and yours, is a testament to your strength, character and talent. (I love you forever.)

What Is User Friendly Vegas?

User Friendly: a design term that implies the designer took the time to figure out the world from the user’s point-of-view

Vegas: a special city on Earth where buildings are constantly being rebuilt or redesigned, supposedly, to improve the experience of the user


User Friendly Vegas: a project that examines how user-friendly Vegas really is for persons with mobility issues and why it is not the most accessible city in the world

IF: Vegas reinvents itself constantly, so its business district has the most buildings constructed since 1990 of any American city.

IF: Passage of the Americans with Disabilities Act (ADA) in 1990 created highest comprehensive standards for accessibility known.

IF: ADA means freedom of movement for people with mobility challenges.

THEN: Vegas should be the most accessible place on earth.

User Friendly Vegas asks: Why not?